Colours in the countryside. 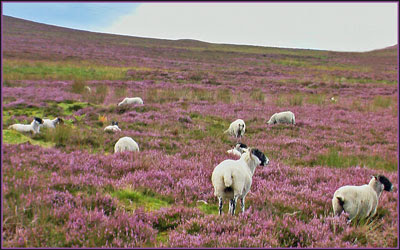 Driving back from Inverness we decided to go home the long way﻿ round so we drove down the A9 to the Daviot turn and took the right hand single track road towards Fort Augustus. We were very surprised to see so much heather on the hills as it is usually blooming in mid to late September. It looked very colourful and the sheep adding another dimension to the scene. Several new passing places have been built along the road and this earth movement has woken up some of the wild flower seeds adding a beautiful splash of colour to the road side verges. 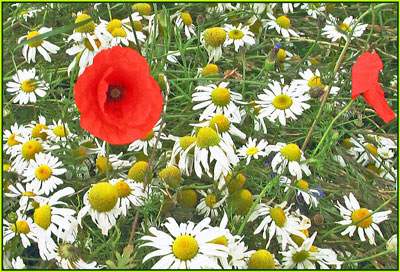 Sit back and watch the dolphins at Chanonry Point coming in on the rising tide.
About 10 seconds into the film you'll see a fish,possibly a salmon, being flicked up out of the water by the dolphin before eating it.
Our guests are going dolphin watching today so hopefully lots of action photos for them to take home as a memory.


Posted by South Loch Ness Local at 1:29 pm No comments:

Dolphin secret is out !

We have recently discovered the secret of just when to be sure of seeing the pod of bottlenose dolphins at Chanonry Point opposite Fort George on the Black Isle. Although we have been many times before we rarely see them except for the odd fin rapidly disappearing under the water. 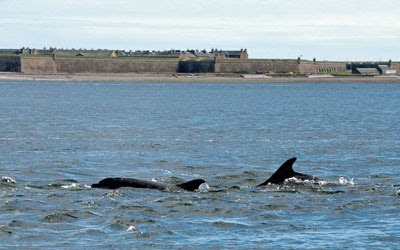 In a local news booklet a nature enthusiast wrote that the secret is to be at Chanonry Point about one and a half to two hours after low tide. This is the prime time when the smaller fish come in on the rising tide and naturally these are pursued by the hungry dolphins. 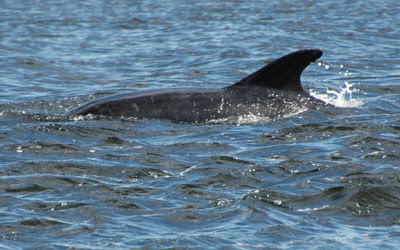 We had to chose a day when the low tide times and the weather were just right. Yesterday it was a bright day with a slight warm breeze and the low tide was at 9 am. We left home just after 9 and drove on the A9 over the Kessock Bridge and onto The Black Isle. Turned off right at Munlochy,although you can drive up further to the Tore roundabout and turned right,through the village of Avoch on into Fortrose. Drove on passing the Coop on the left and just opposite the Police Station we turned right down a narrow lane leading through the golf course and down to the car park at the coast - which was surprisingly almost full up at this early hour.This is about 33 miles from Aspenwood and a one hour journey. We sat at the picnic tables with our breakfast and then walked round to the beach where there must have been a crowd of nearly 100 people armed with cameras and binoculars waiting for the show. Sure enough the pod of dolphins were already coming in on the tide and gave a marvellous display lasting a couple of hours. Even saw a mother with her calf swimming side by side and staying very close together. 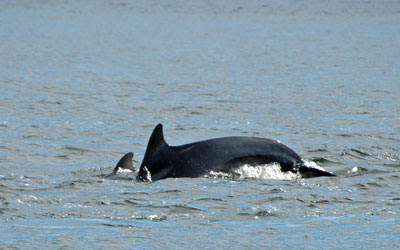 People on the special dolphin viewing boat were treated to a great display alongside. 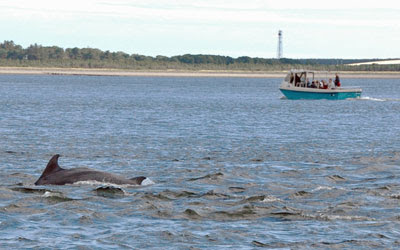 An excellent visit and we are so fortunate to be able to see these magnificent creatures a short drive away. We now print out the tide times and leave them in the cottage in the information folder on the desk by the laptop. I am now working on the video which will be posted soon.....so watch this space. 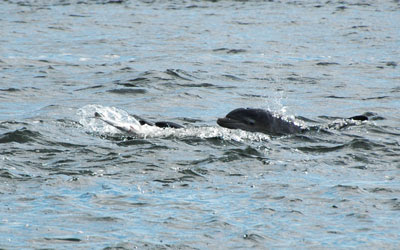 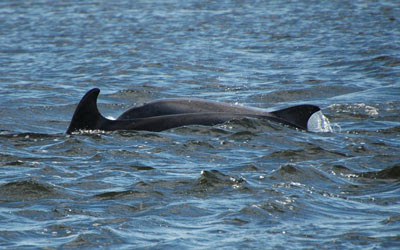 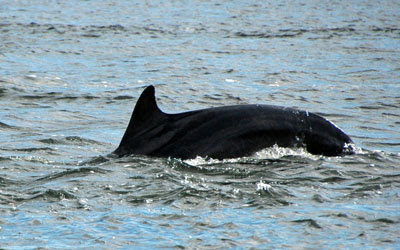 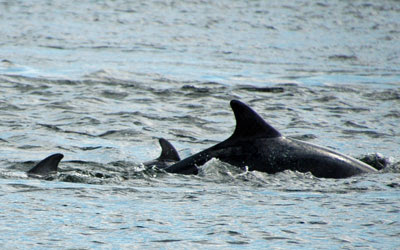 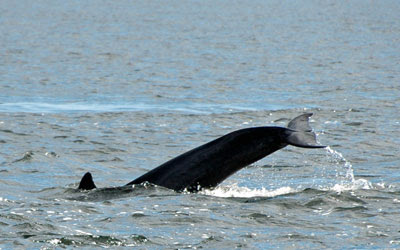 Posted by South Loch Ness Local at 1:49 pm No comments:

Email ThisBlogThis!Share to TwitterShare to FacebookShare to Pinterest
Labels: dolphins

Ray and I really enjoyed our 40th Wedding Anniversary on Sunday and the sun shone. It was a bit too windy to go down to the beach so we sat outside and toasted our health and talked about old times. It was just as well we were home as several of our neighbours suddenly drove up armed with cards and beautiful gifts and an impromptu party began. It was a lovely surprise as were all the cards and emails we received over the weekend....so a big THANK YOU to everybody. We were really thrilled and enjoyed sharing our day.
Posted by South Loch Ness Local at 1:18 pm No comments:

Where are the rubies ?

The last blog was about 'new and old' which links in very well to this one. This coming Sunday - the 14th of August - we celebrate our Ruby Wedding Anniversary of 40 years together. We have been thinking of lots of ideas as to where and how to celebrate but we both agree that as we live in such a beautiful, comfortable setting we shall stay put and enjoy the special day here at "Coopers Castle". If the weather permits we shall start by having lunch on the beach with smoked salmon and champagne and then go gradually, but elegantly, downhill from then on.
Found this old photo of us in our first flushes of married life when we were both young and in love....and still are - although maybe not quite so young!  CHEERS EVERYONE. 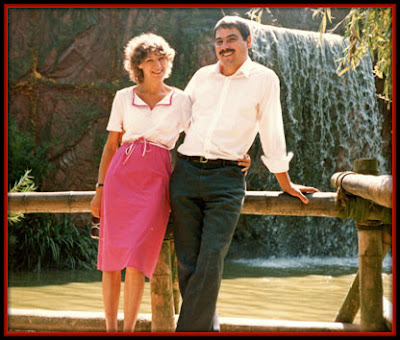 Posted by South Loch Ness Local at 4:55 pm No comments: 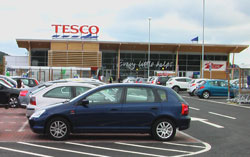 Good news.....the new Tesco has opened on time and is extremely useful for us and for our guests staying at Aspenwood Cottage. It is the nearest big store, about 16 miles away from the cottage, and is situated at the end of the Dores Road at the first roundabout. Although it is not as big as the Tesco 24 hour store at the Inverness Retail Park on the outskirts of the city it is very handy for essential shopping as well as for petrol.
On the way to this Tesco you will drive through the village of Dores, about 8 miles from the cottage. This village is situated at the eastern end of Loch Ness and has a long crescent beach and the much frequented Dores Inn - a popular restaurant for guests. 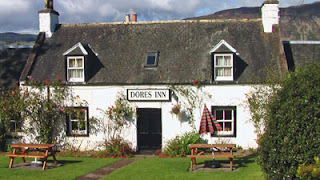 The latest news is that the lease holders have unveiled plans to build a major new tourist development in the adjacent car park. Although the historic Inn is in need of repair it will not be pulled down but possibly adapted for residential use. They have plans to construct a new restaurant, pub and a shop selling local meat, preserves and souvenirs as well as community essentials in a single storey stone building with archways at the front overlooking Loch Ness. The planning application is not expected to be lodged until later this year so do not worry - Dores Inn is still open for good food and drink.
Between Dores Inn and the new Tesco you drive past the long winding entrance to Aldourie Castle on the left. The original building dates back to the 15th Century but there have been many alterations and additions over the years. It was purchased in 2004 by new owners and they have just completed a £10million restoration of the 57 room castle.It is now open for business as a destination for holidays,house parties and corporate functions and rents out at about £21,000 [+VAT] per week.
Needless to say that Aspenwood Cottage is slightly cheaper.
Posted by South Loch Ness Local at 2:59 pm No comments: